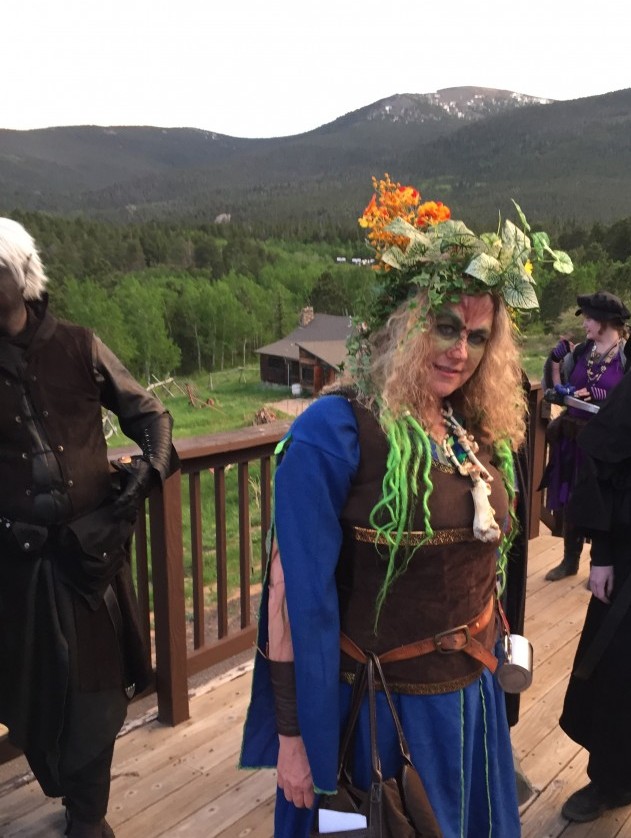 Besides wanting to define larping here with its interesting and unexpected blessings, I’ll share with you some larping costumes I’ve worn.

Larping means Live Action Role Play. It’s like playing D&D or another tabletop role-play game, only instead of sitting around a table rolling dice to see if you’ve picked the lock, we’re actually out in nature and have to literally pick a lock with lock picks. It’s like an adventure computer game, similar to Skyrim, for example, only instead of sitting home watching a screen, we’re actually running around in the real weather in the woods, joining guilds, going on quests, exploring crypts and dungeons, dealing with politics with the nobility, and fighting large battles while also handling all kinds of weather and conditioning our bodies with trekking through hill and dale and dealing with snow, rain, cold or heat.

In other words, it’s like feeling totally alive and living every moment.

It’s like a survival challenge in a made-up world. Survival in a medieval fantasy setting with elves, dwarves, wizards and fae, or in a post-apocalyptic setting with zombies, Raiders, mutated monsters and human factions, or in an Urban Fantasy setting with werewolves and vampires, or in a…well, you get the idea.

Until you actually try it, it’s difficult to convey what it’s really like, but I’ll try. Do you remember playing make-believe when you were a kid? It’s like that, only with adults who know how to craft the most amazing costumes, make-up and accessories with real-looking foam boffer weapons of all kinds.

Does the crypt really look like a crypt? No, it is actually a girl scout cabin on the site we rented for the weekend (one weekend a month, with a few months off in winter). There’s a Marshal there, running this particular quest, and they describe what we “see” before we start this adventure:

“Going down the dark stairs you come into a crypt, with dust and cobwebs everywhere, sarcophagi along the walls…”

There are some decorations in the cabin to make it look cool, like maybe some LED candles or medieval-style torches, with a treasure chest in one spot (which may be trapped), some coins in a golden bowl in another area, etc.

You will be amazed at what the human imagination can do. When we’re in the moment, playing our character, and an NPC monster is coming at us with swords, it really feels like we’re adventuring in a deep, dark crypt and fighting for our lives. Your adrenaline kicks in, you go into fight or flight mode, and the magic happens.

What is an NPC?

Anyone familiar with computer gaming know that an NPC is a “non-player character.” Basically these are the people and creatures you meet when you’re playing the game, be they local townspeople, or the giant rat attacking you or the undead swarming the night. Or the newly-turned vampire hunting for blood in the woods near your path to your cabin. Or the barbarian tribe we have to negotiate peace treaties with. Or the fae queen trying to lure you into following her into the forest…

In larping, we have volunteers play the many varied NPCs. In my own local Alliance Denver Larp I play in, when a person chooses to NPC for a whole weekend, they get to go for free, with meals and lodging provided. The costumes and make-up are also provided, and as an NPC one weekend I got to play a drunken towns person in the tavern, a funny, friendly goblin, a newly-turned vampire out for blood, and a shambling zombie going right through enemy lines. It was so much fun.

So if you NPC all weekend, your event is free AND you’re rewarded with points and such which will later help you with your character development, AND with our local chapter, for every five events you NPC full-time, you get a FREE Player Character (PC) weekend event.

When you’re not NPCing, you’re playing your main character, called your PC (Player Character). To attend my local Alliance event as a PC, it costs anywhere from $50-$80 for lodging and the event itself, then another $20-$25 or so for meals (three meals provided over the weekend). My annual membership is $30. First-time players usually get a free or deeply discounted weekend event, just to try it out. 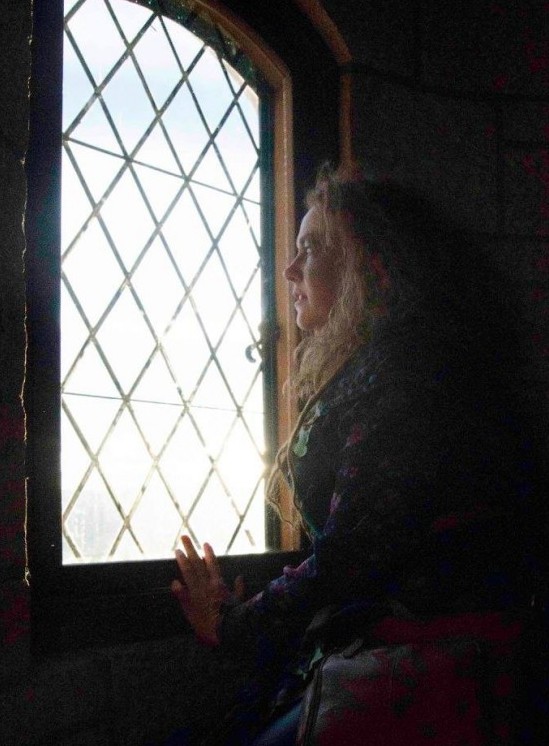 I could go real cheap by tent camping, which costs less, and bringing my own food. But with tent camping, for my character, not only is it much more work, but I’m never safe because I can’t ward it against monsters, so I could be attacked at any time in the night. If I’m by myself in my tent, my chances of survival are not high. So I opt to pay the extra $20-$30 to stay in a cabin with other adventurers. This way someone is usually able to ward the cabin (a magical protection which most monsters cannot enter), or even if we are attacked, there are plenty of others in there and we can fight together.

With the food,  by opting for the meal plan for an extra $20 or so, I don’t have to pack and bring coolers, cooking tools and food. I can simply go to the tavern at the set times and enjoy a hot, home-cooked meal.

So for a full weekend event, it usually costs me around $70-$85, depending on the site, meal plan, and particular costs. Our chapter generally hosts one weekend event a month, taking 1-3 months off in the winter. There are several larps here in Colorado, and one of the medieval fantasy types, called Nero, larps all year long (yes, that means in the snowy mountains, sleeping in cabins with no heat, unless they bring their own propane heaters). 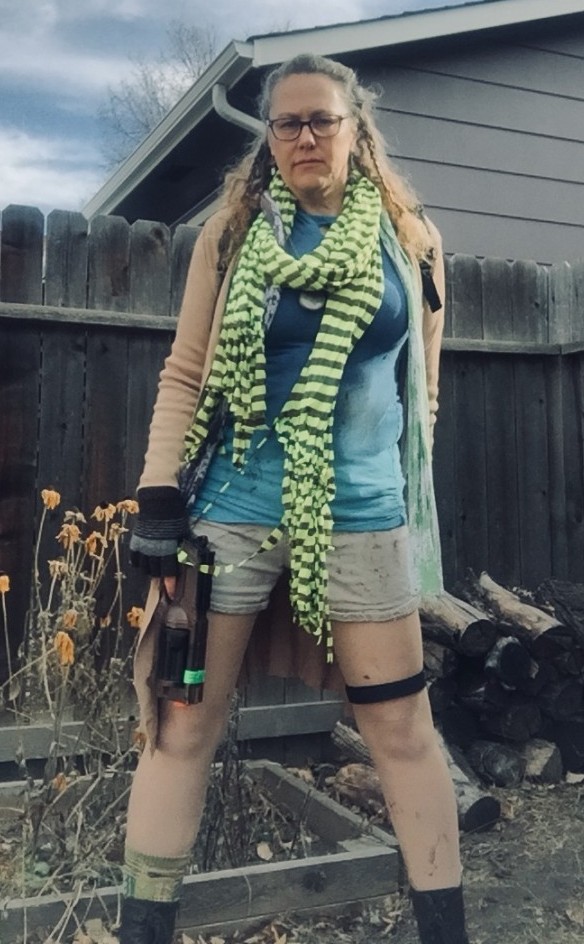 I’ve included several photos of me in my various larping costumes – I mostly do Alliance Larp, Denver chapter, which is high fantasy (like LOTR and Narnia). But I also like to play Dystopia Rising when I can (post-apocalyptic zombie world).

Comment below your reactions and if you’d like to learn more about larping – I’ve been enjoying it tremendously these last three years and am willing to answer any of your questions (and continue to write endlenssly about it).